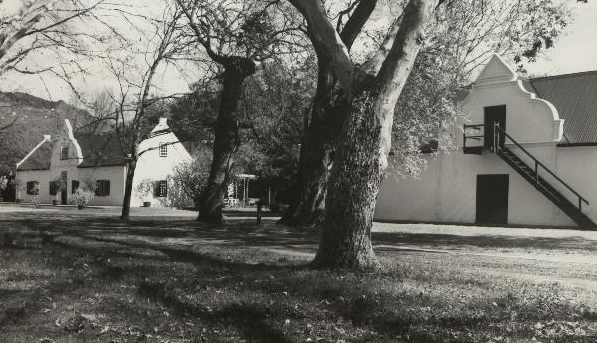 John Rennie reflects on some of the restoration projects that he worked on in the early Seventies and Eighties. These include Kanetvlei at Sandhills at the start of the Hex River valley, which he was involved with in 1970-71.  (Kanette are a type of reed that is found in the marshes there)  While in the employment of the architect Revel Fox he worked on Stettyn (c1977-8).
After leaving Revel Fox’s office the first job that he undertook was Oude Schuur at Nuy for the Rabie family.  All three of these houses are T shaped but with various differences which contrast interestingly.

John Rennie is a practising architect and heritage specialist who has been involved in a wide range of restoration projects for which his practice has received a number of awards. These have included both restoration work as well as adaptive re-use, a prime example being the Old Drill hall that was converted into the Central Library. He is a former Chair of the Vernacular Architecture Society, and has been involved in the society since its early days.