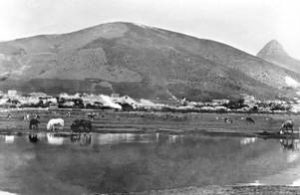 The City of Cape Town is the custodian of Green Point Common, which was granted to the citizens of Cape Town in 1923 by King George V. At that time the Commonage covered 135 morgen (116 ha) and was used for sporting activities, recreation, parades and pasturage for cattle and horses. It already had international renown, from the Anglo-Boer War, and the area boasts several heritage sites.

Over time, it was more formally divided into precincts and stadia for sports clubs, and from the 1950s segregated facilities were enforced according to apartheid laws.  But by the 1990s the Common had become run-down due to general neglect, poor controls over lessees and creeping development.