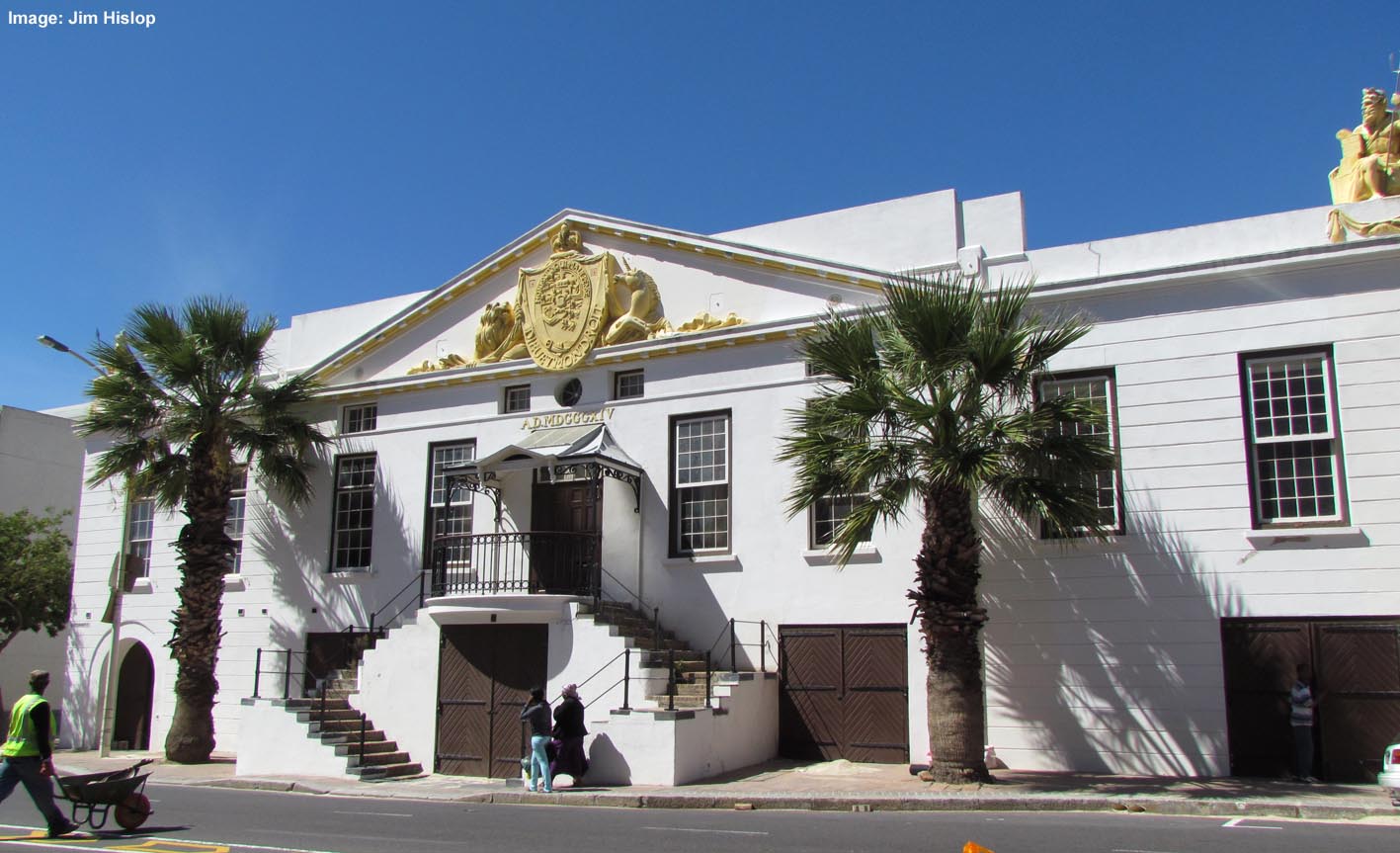 We will be looking over this historic building also known as the old Customs House (It has also been used as a police station). It was completed in 1814 and the design has sometimes been attributed to Thibault
It is known to have been built by Herman Schutte, with the figures of Britannia and Neptune, as well as the British coat of arms on the pediment, all done by the renowned German sculptor Anton Anreith.

Graham Jacobs is an architect and heritage practitioner, now in private practice.  He is a previous member of the VASSA Committee and was head of the City’s Urban Conservation Unit. Together with Melanie Attwell, he undertook a study of the Granary in 2005 and, among other things, compiled a 3D model of the building and its evolution over time.  He will be sharing the insights this process gave him and the results of the work he and Melanie did as we walk through the building.