Report – The Farm Matjesfontein in the Bokkeveld 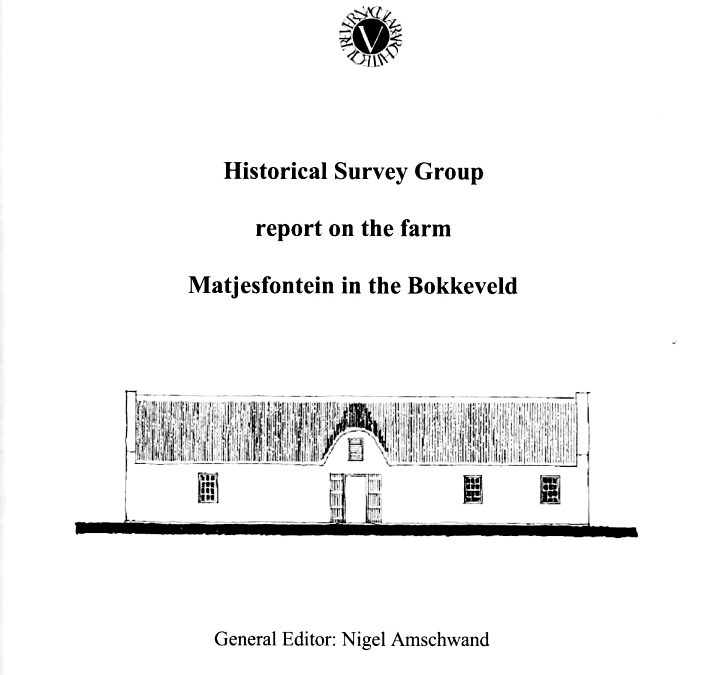 Report on the Farm Matjesfontein in the Bokkeveld

This is the first publication to emerge from the Bokkeveld Project, centered on the town of Nieuwoudtville.
The project covers individual buildings, styles, raw materials and how these differ from the vernacular of other areas. It looks at the composition of the werf and how this fits into the landscape.
It focusses on the people of the farms and their lifestyles; not just the owners but also the landless classes of people who made a contribution to farm histories.
(2004 edition).

The VASSA project was conceived when Julia Meintjes approached VASSA about the deterioration of old farmsteads in the area. She and her husband Willem Strydom had bought part of the Matjesfontein werf and restored several buildings, as far as possible using original materials and techniques.They are very concerned about the need for restoration or at least recording of the built environment before all is lost.

VASSA members came up trumps; an excellent team of volunteers came forward and the first working trip, 12-14 May 2000, was to record Matjesfontein. Nigel Amschwand, already knew the Bokkeveld and its history well, and Tim Maggs had made a preliminary reconnaissance in 1999.