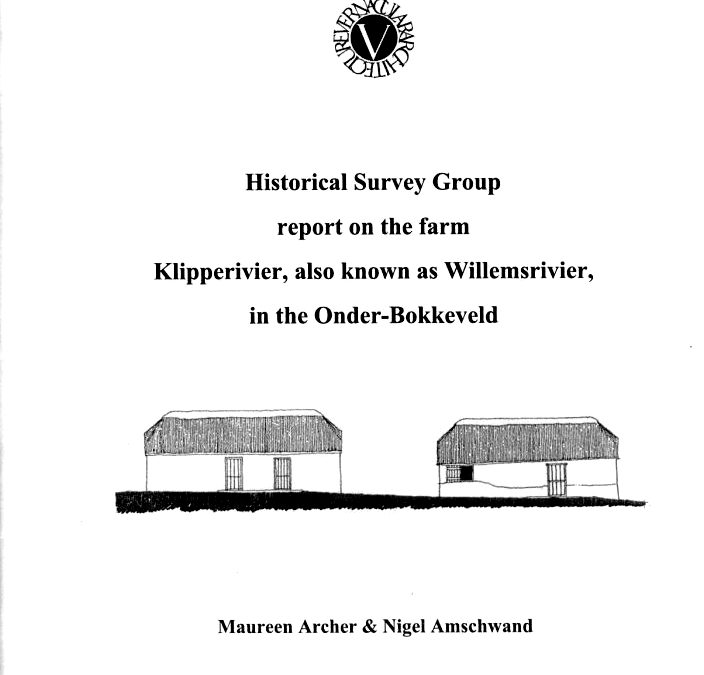 The Historical Survey Group, a pretentious name for the loose grouping of interested individuals otherwise known as the “Bokkeveld Bunch”, initially set out to survey five farmsteads in the area known as the Onder-Bokkeveld that surrounds the present day town of Nieuwoudtville.
These were: Bokkefontein, Groenrivier, Klipperivier, Matjesfontein and Papkuilsfontein.

The surveys were carried out in the years 1999–2001 and the first to be completed both in the field and in publication was that of Matjesfontein.
There followed a hiatus due to many factors, one being the writing of a book on the history of the area by one of the present authors.
The publication, A Short history of the Onder-Bokkeveld, incorporated much of the field work carried out on the farms Bokkefontein, Groenfontein and Papkuilsfontein, together with more research on the whole area.