Julian Kritzinger will lead us on an extensive tour around the town explaining the history of the buildings and the families as we go along. See attached notes for details. 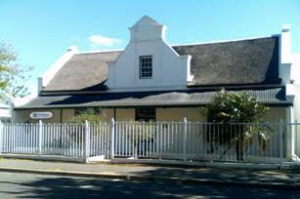 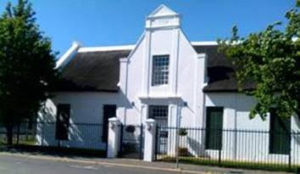 Worcester
Julian led us on our very successful away-weekend to the Nuy Valley last year and he is keen to tell us his stories about families and buildings in the town, many of them connected to the farms we saw in the Nuy Valley. The tour will in include walking and driving.

Julian Kritzinger
Julian is a formidable young man. He has made a study of families in the Worcester area, particularly the Rabies, of which he is a member; he is waiting for the results of two PhD’s on law which he did simultaneously; and he has just won a DA seat in the local elections with 94% of the vote in his constituency, having personally visited every one of the over 3000 houses in his area!

Julian has suggested lunch at the Cafe Hugo. If you intend to have lunch here you must let Pat Kramer know by the 12 October as we need to book. You could, of course, have a snack elsewhere (last year’s place, the Barn was good).